Request a Consultation for Immigration Attorney in
Lake Mary 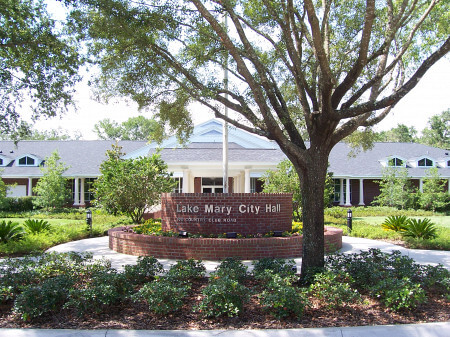 We are located in Central Florida but we also service clients in Lake Mary, FL.

Lake Mary is a suburban city that is located in the Greater Orlando metropolitan area in Seminole County, Florida, United States, and is located in Central Florida. The population was 13,822 at the 2010 census.

Lake Mary was named after Mary Sundell, the wife of Reverend J.F. Sundell, who settled on the northern shores of the lake. Lake Mary started as a village of two tiny settlements called Bents Station (located on the north shore of Crystal Lake) and Belle Fontaine. They were located along the South Florida Railroad which ran between Sanford and Orlando. The area was an agricultural community and early settlers included lumbermen, turpentine workers, families from Fort Reed (Sanford) who had received land grants, and Swedish families, who were mainly orange growers. By the time the area became known as Lake Mary, it was developed by a tight-rope walker and chemist named Frank Evans, who settled in the area in 1882. The first Lake Mary Post Office was established in February 1887. Evans built the original Lake Mary Elementary School, along with many commercial buildings and new homes. In 1923, he founded the Chamber of Commerce and he became a Seminole County Commissioner in 1926. The Lake Mary city hall building was created in 1946. The city incorporated in August 1973. Rated by Money magazine as the #4 best place to live in America in the August 2007 issue. It currently has a history museum in the Lake Mary Chamber of Commerce Building.
Learn more about Lake Mary, FL